Porto Itapoá is in 4th position among all the Brazilian container ports. 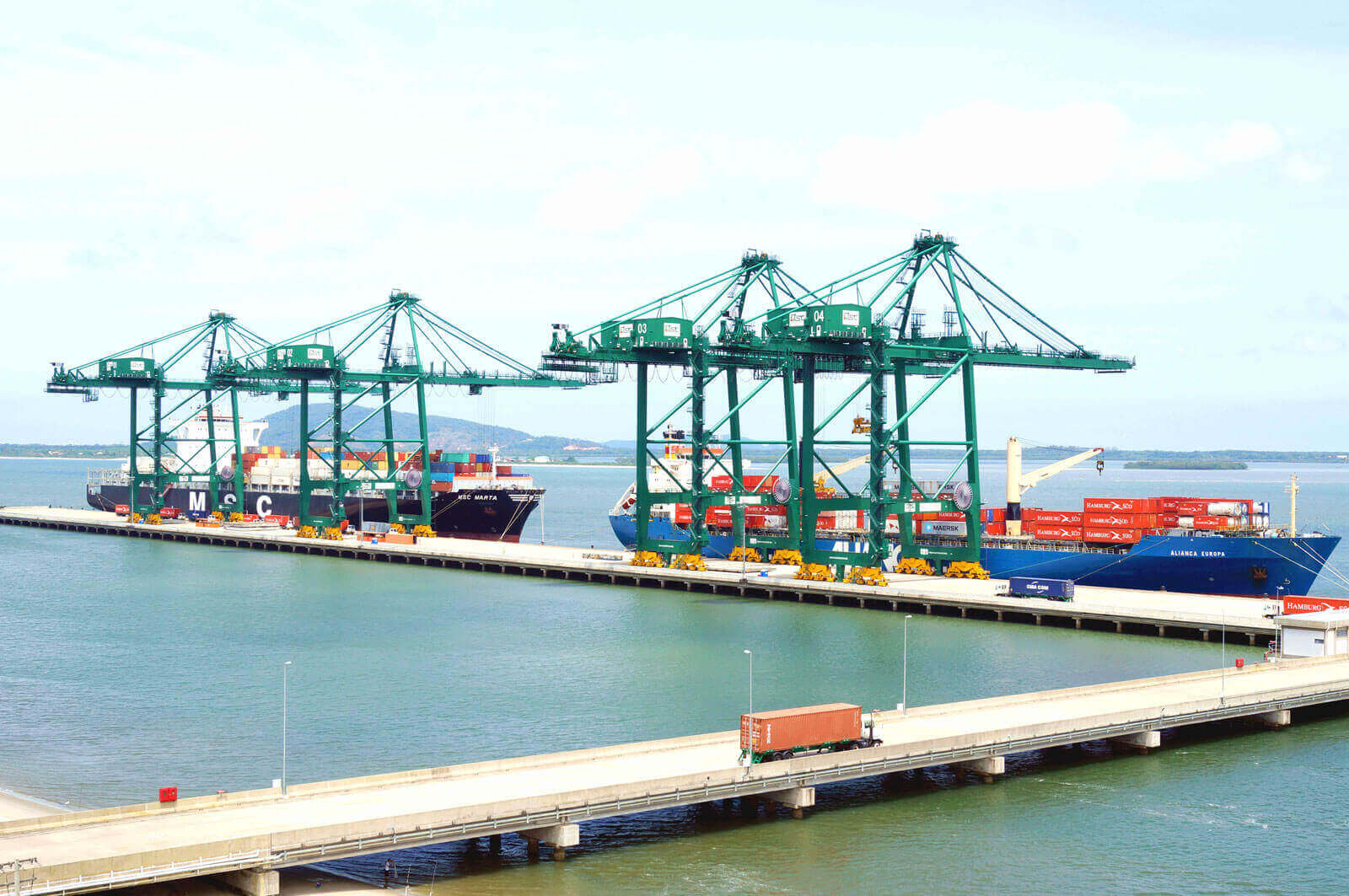 Porto Itapoá started operations in June 2011, being considered one of the most agile and efficient terminals in Latin America and one of the largest and most important in the country in handling containerized cargo. Privately managed, it has a structure capable of handling 1.2 million TEUs per year and is on its way to the final phase of its expansion that will allow the handling of 2 million TEUs annually.

Located on the northern coast of Santa Catarina, Porto Itapoá is positioned among the most productive regions of Brazil, including importers and exporters from the most diverse business segments. In addition to its strategic location, the Terminal is part of Babitonga Bay, offering safe and easy conditions for mooring ships. With calm and deep waters, the bay is ideal for receiving large vessels, a trend increasingly adopted in world navigation.

Born as one of the most modern terminals in the world, Porto Itapoá is inserted in the municipality of Itapoá as a greenfield project, located far from the urban perimeter of the city, with direct connection to BR 101, has an area of ​​12 million m², defined by Municipality Master Plan to receive complementary projects.

Our mission is to integrate modernity, susteinability and efficiency.

Being able to be the leader in client satisfaction and inovation.

Excellence with Sustainability and Security

Being able to be the leader in client satisfaction and inovation.

Excellence with Sustainability and Security